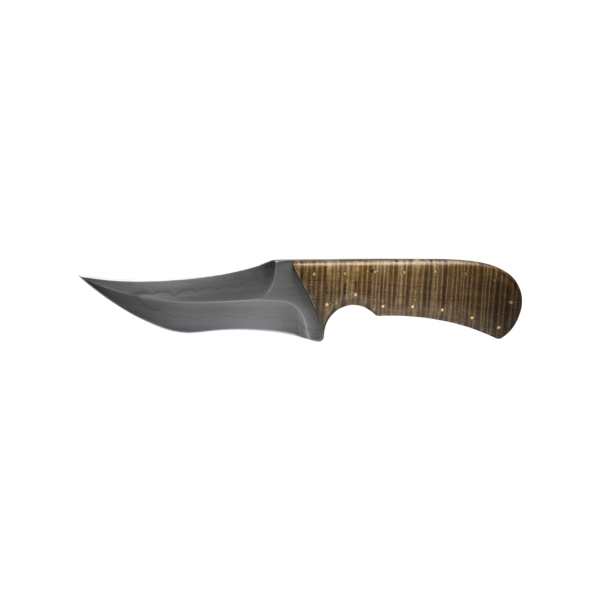 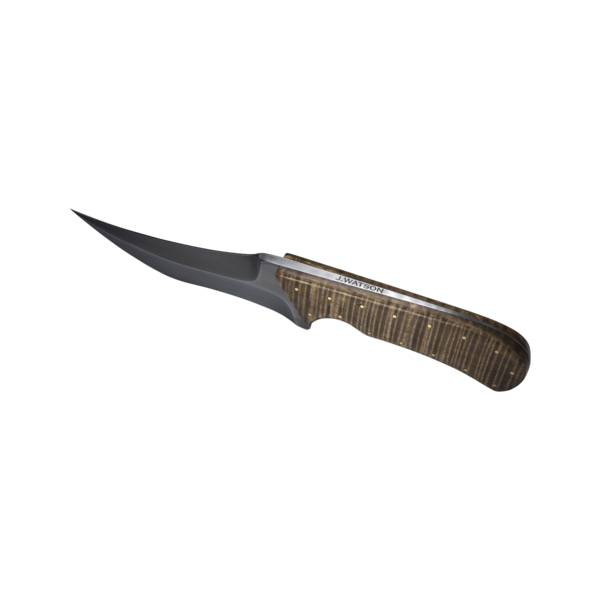 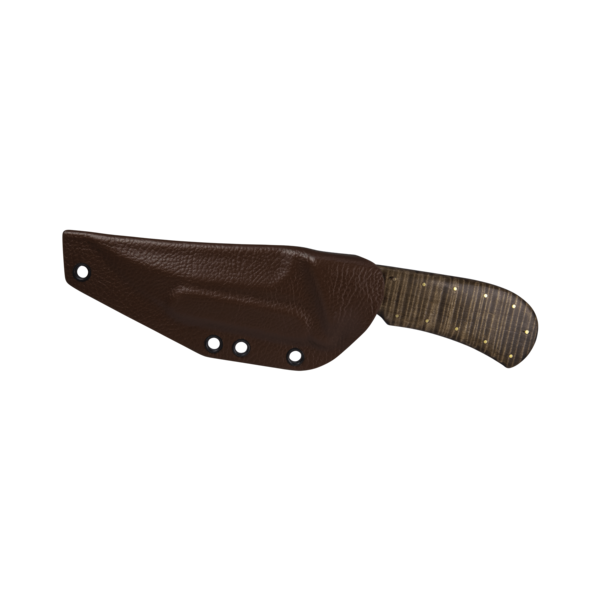 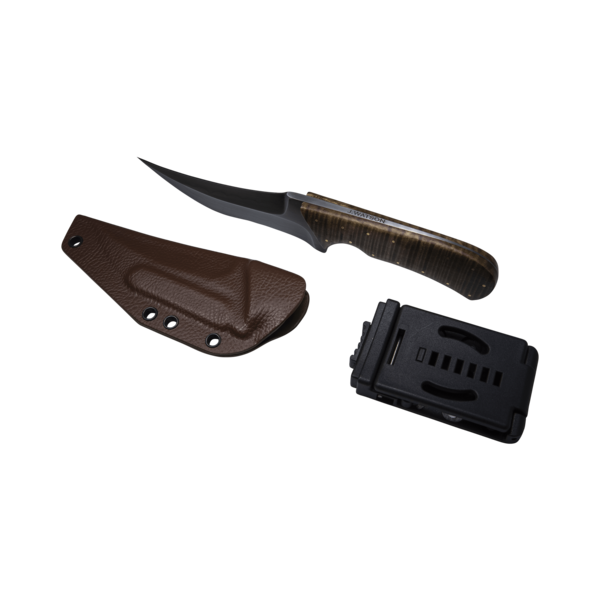 ***EXPEDITED SHIPPING IS NOT AVAILABLE FOR THIS PRODUCT AT THIS TIME***

The Watson TD TAD Edition is part of maker Joe Watson’s remembrance series. Named after members of Watson’s former units who were killed in action during ground combat operations supporting the War on Terror, these knives are made to honor the fallen.

To create the TD, no CNC, mills, waterjet, laser or automated tools were used. All work was done in-house by Joe Watson himself, giving these blades a feel of being constructed during a different time in history. The knife is large-wheel hollow ground with a tapered tang to reduce weight. The handles are Curly Maple from Joe Watson’s private collection. Acquired over the length of his career, wood from this collection has a truly extraordinary figure, color and other characteristics which make them a step above the norm. Oftentimes these woods are once in a lifetime finds. For the TD, the Curly Maple was double hand dyed, sanded and sealed with over a dozen layers of Tru-oil finish for protection and a great look. They are secured via epoxy and a perimeter of small brass pins.

The exclusive TAD Edition of this knife is constructed of W2 carbon steel with a clay hardened wave hamon, which was then triple tempered before being hand burnished and etched.

**Unsharpened swedge can be easily sharpened**

Behind the Scenes with Joe Watson

Joe Watson began to explore the craft of knifemaking at age 16 after watching a blacksmith demonstration and being introduced to the book “ the $50 knife shop” By Wayne Goddard. He would take the experience of these early projects with him during his military service. Although a rapid operational tempo did not allow the constant sustainment of a knife shop, he constantly worked to sharpen, modify, make sheaths for and improve factory knives for himself and members of his unit to suit their needs based on the mission and to compliment the knife combat systems they would train in. Eventually it was realized he’d be far better off building the knife right from the ground up. He started acquiring more tools and would grind blades in a small garage on the weekends and during holiday leave periods. Upon leaving the military he began to take lessons from several well known Texas bladesmiths and ABS Mastersmiths to improve his skill while officially starting Watson Knives and selling his first blades to the