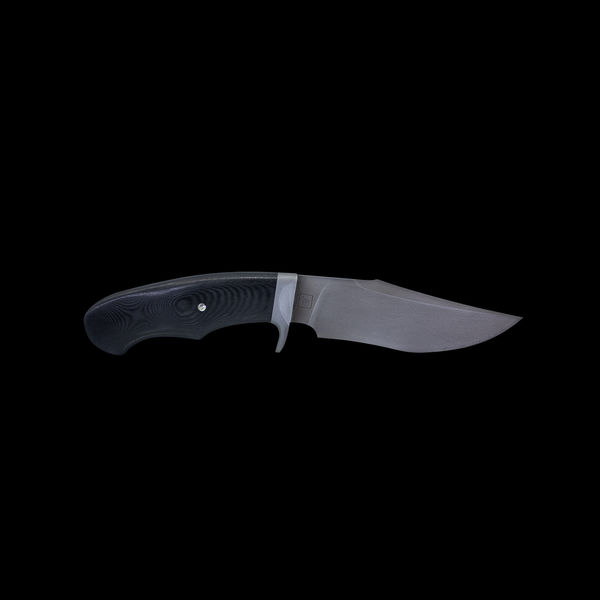 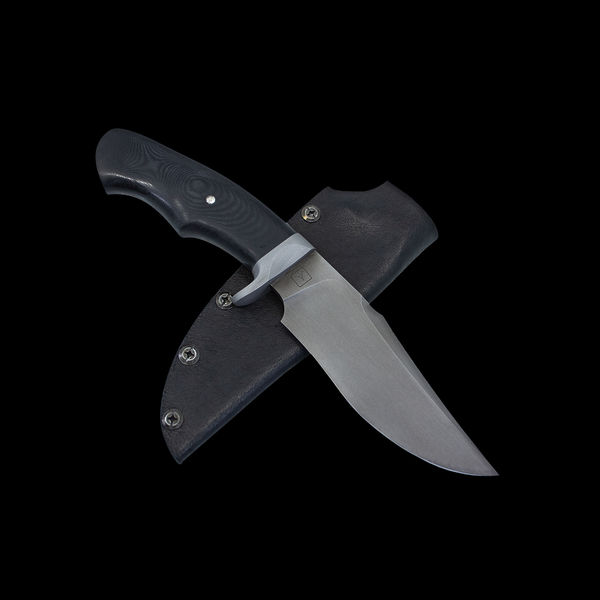 This is a second use item and may contain small smudges or scratches.

This item does not qualify or returns or exchanges.  All sales are final.

** The Bodyguard Fighter is our first single guard edition in this line, designed to accommodate even greater concealability without sacrificing security. **

The Bowie knife has evolved greatly over the years. Likely starting off as a heavy butcher knife modified to take on multiple tasks in the wilderness, it became the backup weapon of choice for frontiersmen until firearms became a reliable means of defending yourself. Every evolution of the knife capitalized on the lessons of the past, becoming sleeker and faster than the last. Ben Seward has continued this evolution, combining old world manufacturing with a modern outlook to create the Seward Bodyguard TAD Edition.

The Bodyguard Fighter is the result of Ben’s desire to create the largest, lightest knife that he could still conceal. Starting with a large piece of 1075, the blade is differentially heat treated ad finished in a striking black oxide finish.. Ben expertly crafts a profile with a long clip, acute point, and substantial belly and recurve into a single package. A hidden tang grants total freedom in the handle design, allowing for the perfectly contoured and swelled micarta. The handle’s mid-hand notch, pinky catch and half guard make for a rock solid grip with few rivals. The half guard itself is sculpted from blasted stainless steel. The balance of the blade and handle design leave few tasks out of the Bodyguard’s reach

Knowing that how the knife is carried is just as important as the knife itself, Ben created a foldover style kydex sheath covered in leather for concealability and comfort. Ben also crafted a handmade titanium J hook for IWB carry.

Behind the Scenes with Ben Seward

Ben started his knife making career in 2010, attending classes at the Moran School of Bladesmithing.  Lin Rhea, Jerry Fisk and Kyle Royer are some of many friends who he credits for helping hone his craft.  He earned his

Journeyman rating with the American Bladesmith Society in 2013 and is looking forward to testing for his Mastersmith soon.  An avid outdoorsman as well as a student of edged weapons, Ben strives to make a tool first and art second. He has quickly become a maker to watch and we are eagerly looking forward to his future creations.