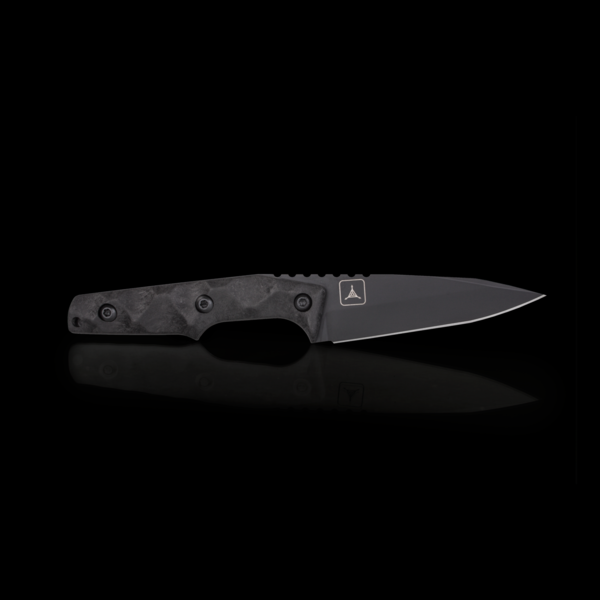 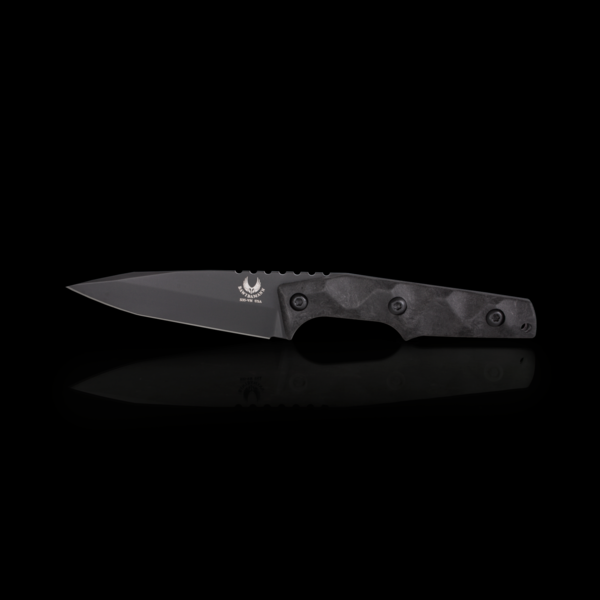 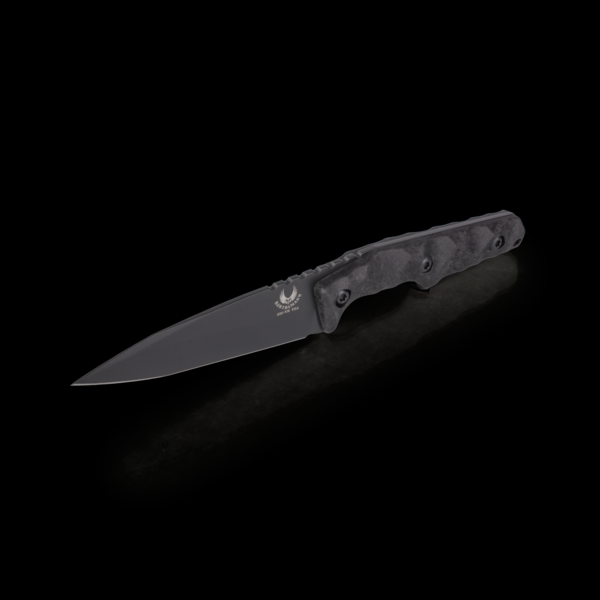 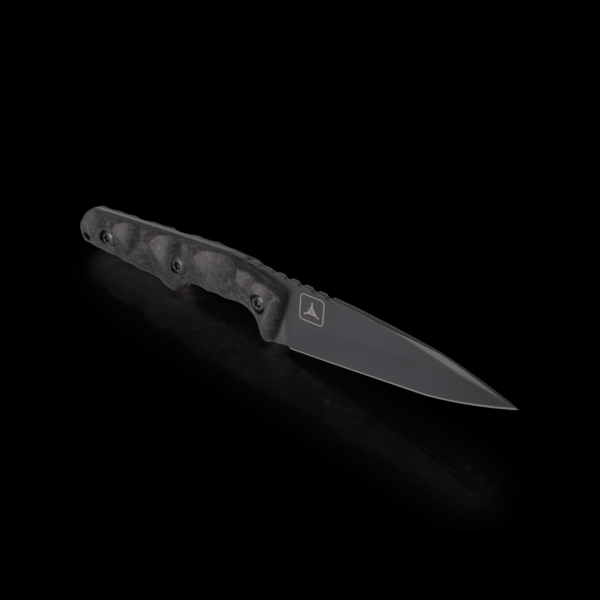 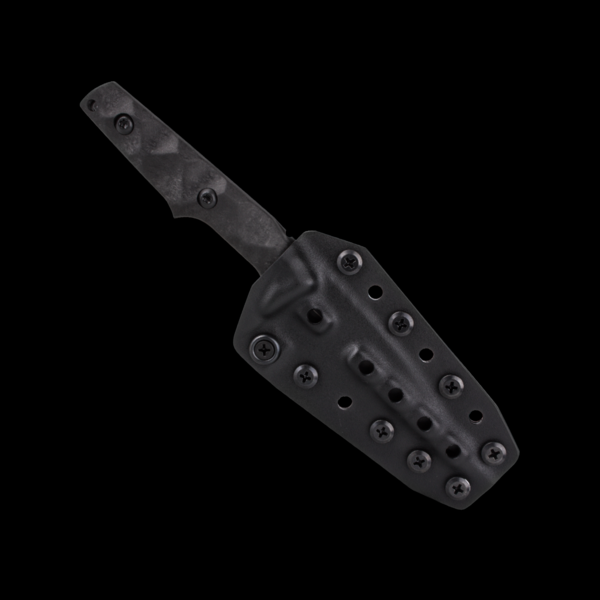 In Norse mythology, Huginn is a raven who is a constant companion of the god Odin. The Bawidamann Huginn TAD Edition lives up to its namesake. With an overall length of 8.1 inches and weight of 3.64 oz, the Huginn is an eminently concealable daily companion.

The Huginn's thin CPM S35VN blade is ground in a distinctive pattern, reminiscent of a drop point and modified tanto, allowing the knife to perform both slicing and piercing tasks. Widely spaced jimping on the spine provides thumb traction when bearing down on the knife. A carbon fiber handle, made from Bawidamann Blades' proprietary composite, is textured in a chunked pattern. The handle's texturing and wide finger groove provide a sure grip in both forehand and backhand positions.

Bawidamann's included Uberscabbard exceeds the standards set by typical Kydex sheaths. Featuring a tuckable IWB hook from Raven Concealment Systems, the Uberscabbard is designed as an ultra-concealable, multi-position carry system. Configurable for left or right side carry at a degree of angles, the scabbard system allows for a full, positive grip on the Huginn before initiating the draw.

Behind the Scenes with Bawidamann Blades

Brothers Ben and Andrew Bawidamann have been making knives full time since 2007. The Bawidamanns seek to make aesthetically pleasing tools with well thought out retention systems. Known for their meticulous craft, they field knife and scabbard packages that are highly capable and low profile out of the box. 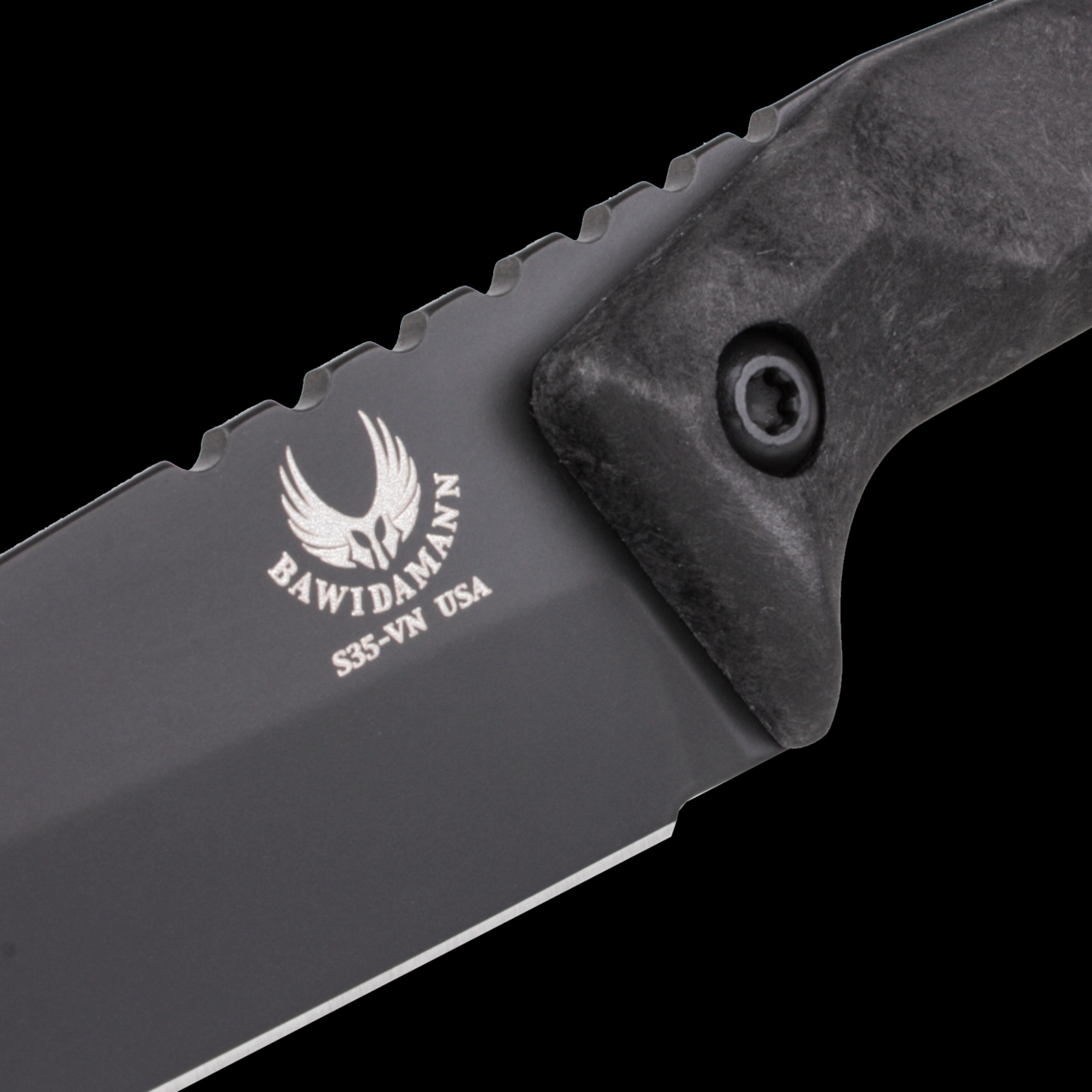 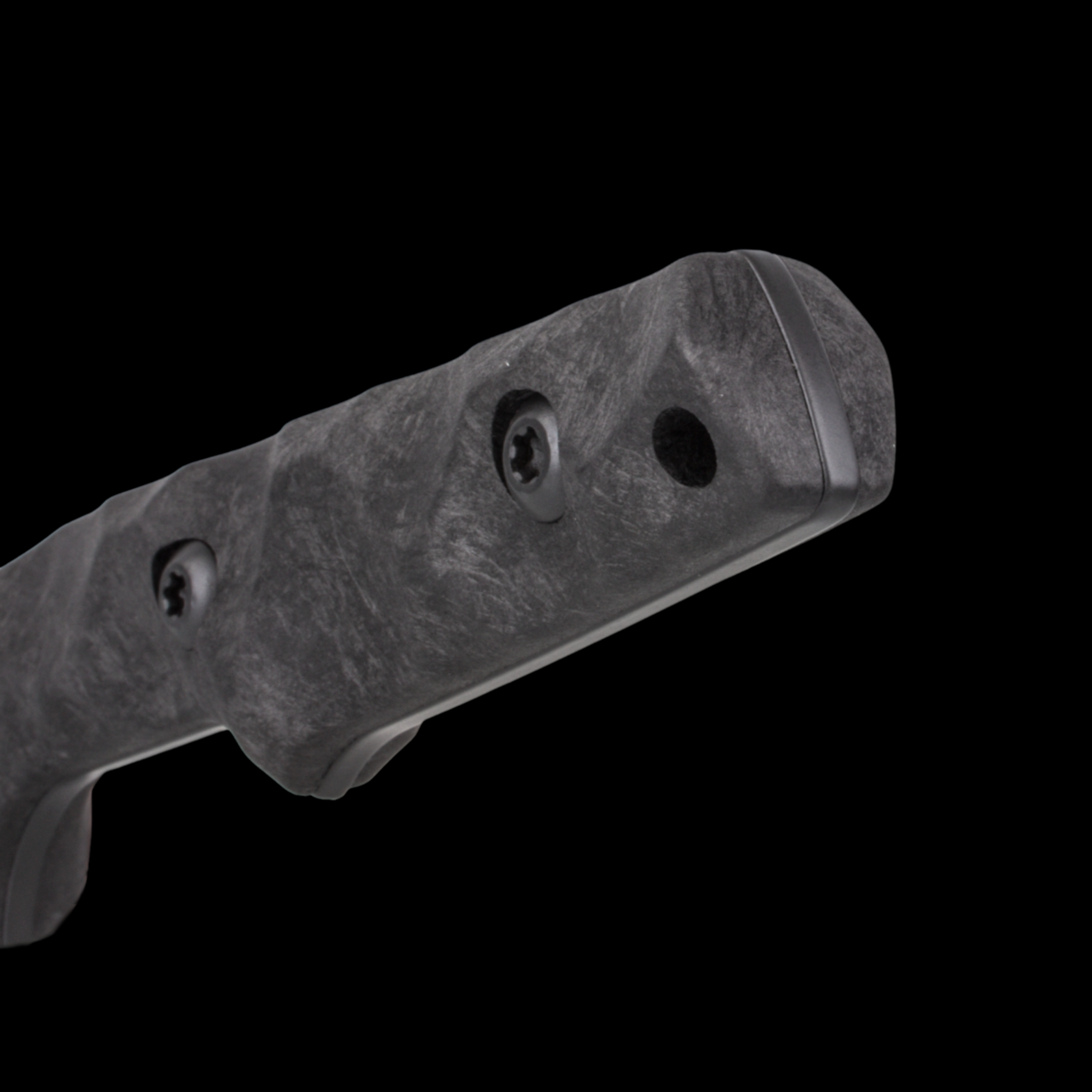