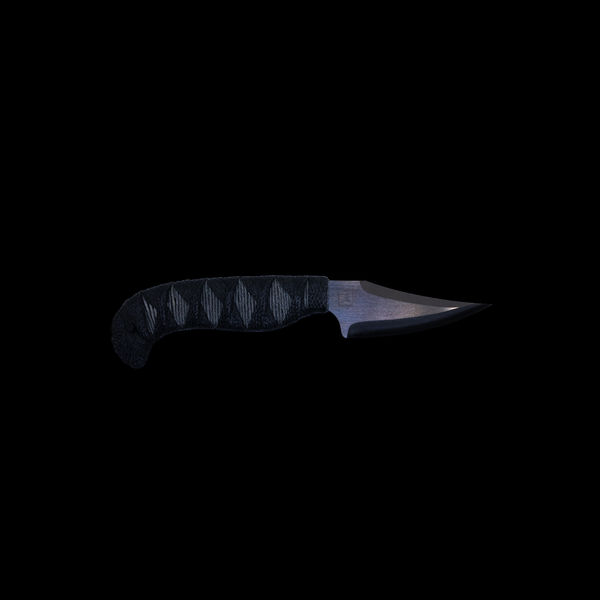 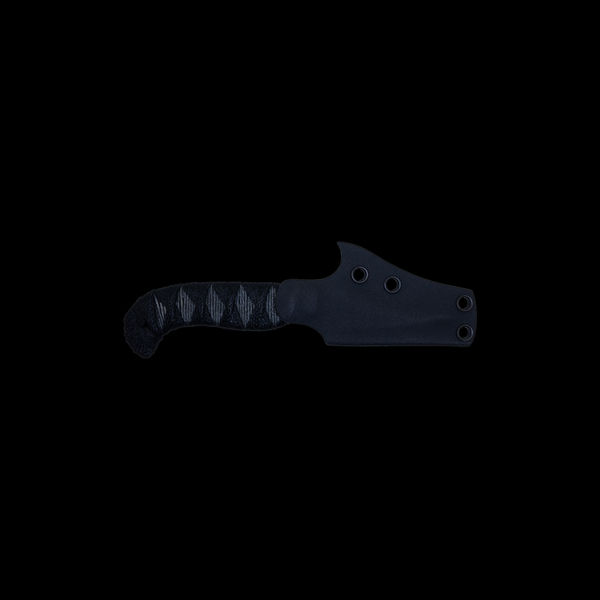 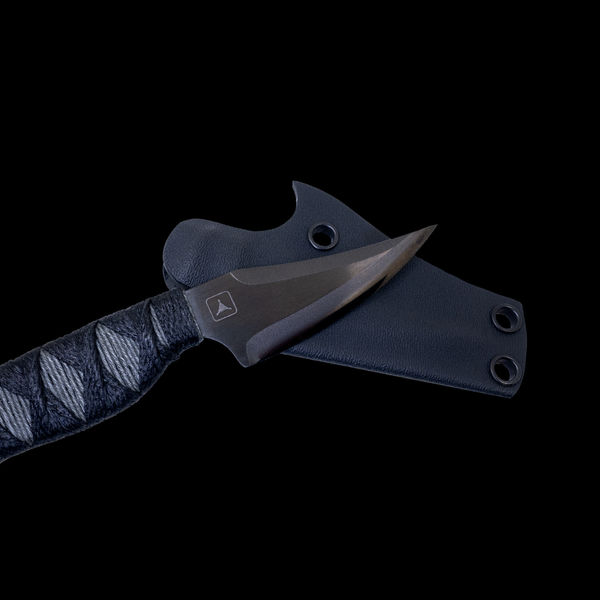 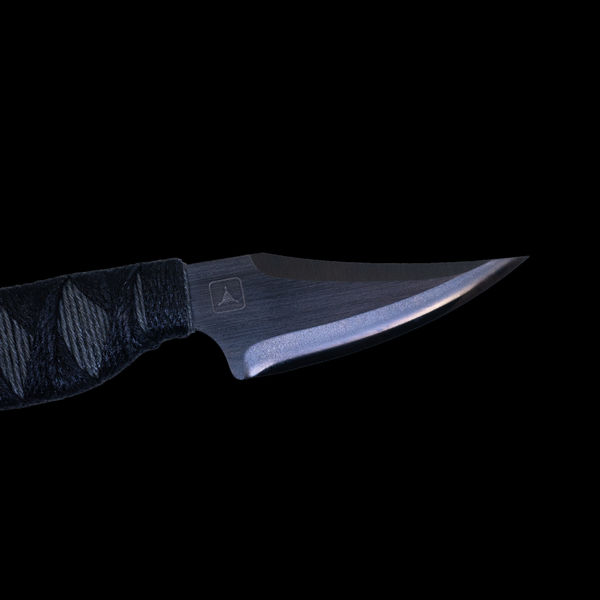 Ban astonishes us again with this SAF. Made from Titanium then DLC coated with a carbidized edge and reduced overall dimensions.Ths knife IN its sheath comes in at a negligible 1.41oz! The blade is fully swedged with a primary convex chisel. The pocket sheath is “Horned” to snag on deployment, offering an extremely fast draw.

Ban Tang is at his best designing small concealable fixed blades that perform far greater than their size. The SAF is no exception, coming in at less than 1 ounce in the hand while still offering a full grip. The profile is reminiscent of a Persian, but with a shorter overall height and acute point. The handle is contoured and wrapped to positively lock the knife in hand despite the reduced footprint. Ease of carry make this an around the clock companion, able to both see you through the mundane and keep pace when life turns you down a dark alley. Ultra-light and astonishingly sharp are vast understatements.

The SAF is made of titanium and features a convex ground edge for impressively clean, razor-sharp cuts. A thin, flat blade keeps the knife fast and light to work with. The full size, resin-soaked cord wrapped handle offers exemplary grip. A user configurable sheath is compatible with pocket carry, soft loops with Pull-The-DOT snaps, or shock cord carry. 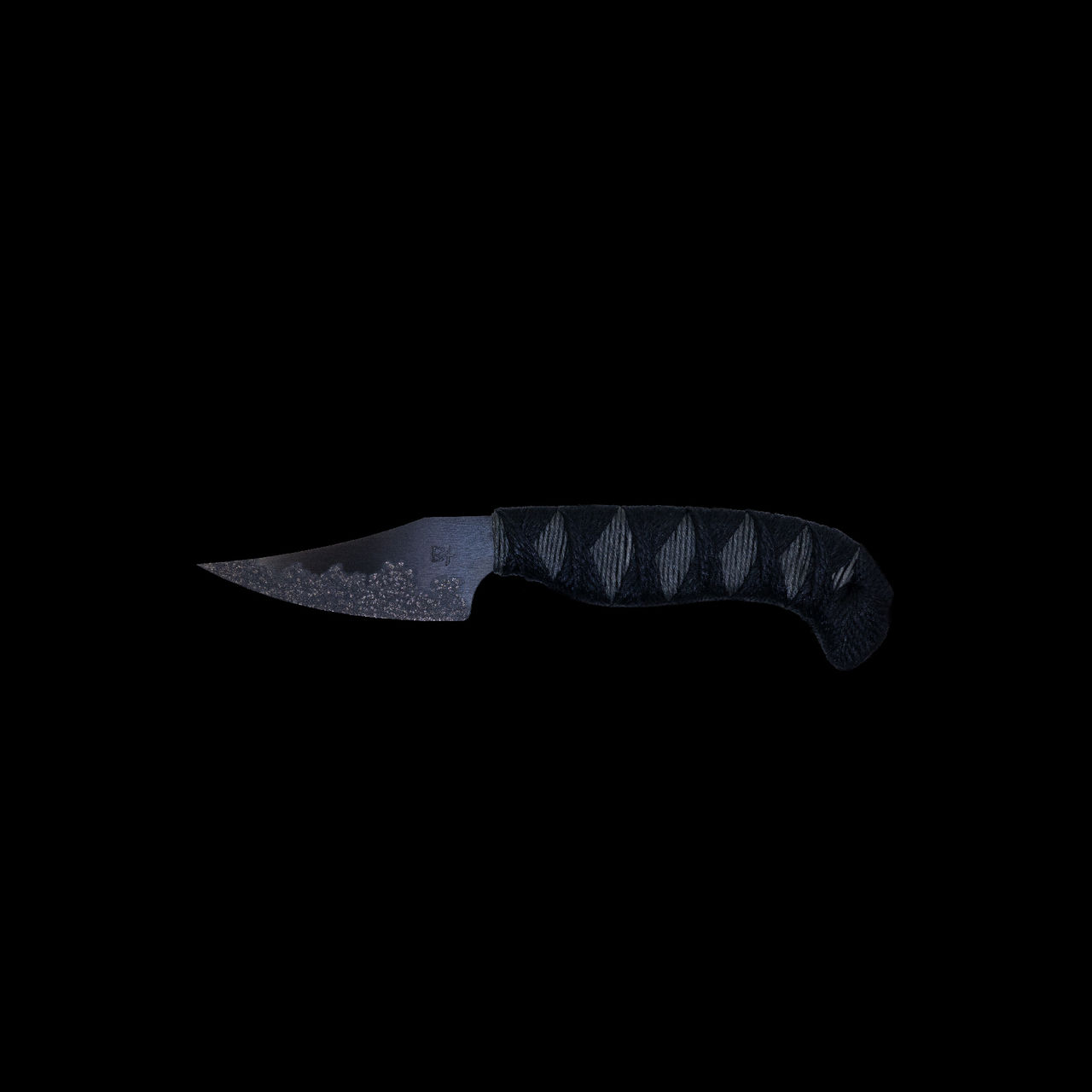